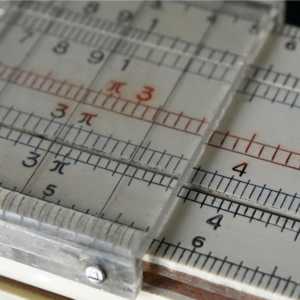 The forecasts slog on. I’ve reconstructed the corrupted file and moved beyond that point, taking the opportunity to add features to increase speed and accuracy. But though it all there’s a nagging emptiness, like a lost tooth. I’m almost ashamed to admit it.

I miss my calculator.

Reverse Polish Notation was a way Hewlett-Packard got around technical limitations in their first scientific calculator, but it also had handy features. Basically you enter the terms, then press the mathematical operation key to execute. This means RPN calculators have Enter keys. So, to evaluate 4 + 5 on an RPN calculator, you would do this:

And the calculator would display 9.

With a little thought you could even evaluate equations, something that’s no great shakes in these days of algebraic entry calculators, but was something back in the day. I still prefer it for some calculations,

Of course, in these modern times I don’t use calculators as much. I used to fill my wastebasket with adding machine tape each day at forecast time, just to tally all the data I needed to start the forecast process. Now I can do this on computer. But to me that HP calculator was like a favorite shirt some folks wear to games; it’s a personal tradition.

What happened to my calculator? Misplaced, or maybe dropped behind something. One of those things. Maybe it’ll turn up. Maybe.

If I really wanted to go retro, I’d break out a slide rule. Slide rules filled the role that scientific calculators do now, and are from the age when logarithm and trig tables were in the back of science and engineering textbooks. Slide rules were much quicker that converting a number to a logarithm, which usually involved interpolating between two values in the table. If you’ve ever seen Apollo 13, you’ll see some actors use slide rules. On the actual Apollo missions, astronauts carried slide rules into space for calculations.

The drawback of slide rules was they were usually only good for two or three significant digits. To get greater precision you had to use a longer slide rule. For this reason, some slide rules were circular, because this allowed longer scales in a more compact form.

For real exacting work, you had to reach for a book of logarithms. These were thick books with nothing but logarithms of numbers and trigonometric functions. First you’d convert all your data to logarithms, then add or subtract as needed to perform the operations, then convert back to a regular number. That might seem like a lot of work, but when the only alternative was to do it longhand, it was much quicker and more precise. Best of all, using logarithms you could do all these calculations with a mechanical adding machine.

As you might imagine, where there was a lot of these calculations to run, you hired someone to do it. Someone who did all this “grunt” work was called a computer. That’s no joke. There was a time when handing a calculation off to a computer meant handing it to an actual person who would do all the tedious calculations.

Using all this effort, calculations could be made up to eight decimal places. If you have a scientific calculator, odds are than it goes up to nine digits, or maybe up to twelve. A quick check shows a book of twelve place logarithms dating from the 17th Century, and one of up to twenty-four from the 18th. Books of eight decimal places are as large as I’ve actually held, and likely were the common precision.

While books of logarithms were more or less a special order item, slide rules could be found at the local drug store. That’s where I bought my first, a low-cost plastic slide rule, in 1972. Coincidentally, that was the same year Hewlett-Packard introduced its first hand-held scientific calculator. It wouldn’t be until around 1976 that electronic scientific calculators became affordable to students. By then, slide rules were already obsolete.

This is how fast the change happened. I’ve used a slide rule. Students just one class after me knew of them, but never used them. By the time I was in college, slide rules were as much a relic as the nixie tube desk calculators in the physics lab. The physics lab also had a wall-sized wooden slide rule for instruction, but the only ones to use it were those of us seeing if it worked. For tests, we used our electronic scientific calculators. All except for this one guy: He used some sort of abacus. Don’t know how he did it, but it worked for him.

Now we have spreadsheets and dedicated mathematics programs. Some wonder if smart phones will replace calculators. I do know that times have changed to where I no longer look for programmable calculators. As it is,  I took a look at the current selection of RPN calculators and came away thinking that’s mighty high for a calculator you can’t back up to a computer. Maybe, when I eventually get a smart phone, I’ll look for a scientific calculator app and use that instead.