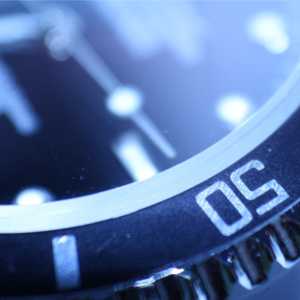 If you felt the ground tremble Friday and heard a terrible yell in the distance, that might have been me discovering a key forecast file was corrupt. Worse, I had taken pains to save it as the UPS chirped and the lights flickered. Either there was enough of a glitch to corrupt memory, or to cause a faulty save across the network, or during the write process. Whatever the reason, it was gone, and no tool in my bag of tricks was able to restore it. All I can do is to take the initial file and redo the work. It’s not quite back to square 1, but enough that I wish I could roll back time and grab an uncorrupted file from before the storm hit.

That isn’t going to happen. The moving finger having writ, and all that. That much was known when time was thought to be a “flow” constant for all objects. Space was up and down, side to side, and front to back, with time outside of this. In other words, space was three dimensions and time something else.

Then came General Relativity, and how time is not constant for all observers. It can be faster for one than for another. It can be distorted, just like the three dimensions we readily perceive. In fact, one of the things that shook out of General Relativity is that time is a dimension, a part of space just like up and down, side to side, and front to back. This means it can be subject to all sorts of strangeness. Events that are the future for one observer may be in the past for another. This leads to the idea of a block universe made up of all events that ever were or every will be. Under this view, time is an illusion, with past and present just different points along the axis.

One common illustration is to imagine time as a stack of photos like those old flicker books, where you quickly flipped the edge of the pages to animate the photos. Each page is like a point in time.

If you asked why can’t you “flip the pages” backwards as well as forwards, congratulations. Noted physicists have asked the same thing. Time marches on, never pausing, never resting, though it slows in the pits of distorted space, it moves relentlessly onward to where we have never been before. This is known as the Arrow of Time, what all of us experience. The direction of time is what we call the future, and, as Omar Khayyam observed, all the tears will not wash out the tiniest bit of the past.

This raises another question: What is the arrow of time? One view is entropy. Entropy can be thought of as order, and closed systems move from order to disorder. That raises the question of how did a state of high order arise out of the chaotic first moments of the Big Bang. There are (surprise!) theories about that. Another is the idea of a growing block universe, where the future does not yet exist, and the present is the “boundary” between what is not along the time axis, and what it. It’s like water filling a pool, with the depth below where it’s been, and the air above where it’s yet to reach. Then there’s the idea that the arrow of time is determined by the expansion of the universe, and so fourth and so one, with some theories more sound than others, and some simply restating others in different terms. Such as the causative idea, which is what we notice on a daily basis, but is also another way to express that entropy is the arrow of time.

I admit to a certain bias. Some theories are advanced on nothing more than philosophical reasons, and that seems a poor basis for science. Such is objecting to the idea of a block universe because some think it implies a lack of choice in our actions. If, say, at some point in the future we do such-and-such, and from another spot on the axis of time it’s already occurred, then does that mean we are doomed to do this action and freedom of choice nothing but an illusion? That seems like poor reasoning from the very start. We can try this “thought experiment.” Remember yourself at a certain point in the past. Now remember the choices you’ve made to this point. To the you in the past, these have not happened yet, and will depend on the choices you make. To you in the present, the choices have already been made, and thanks to the arrow of time, you cannot go back and alter them. Yet that no more means that the past you is doomed to make those choices. It simply means that you are looking at the results of those choices. And to an observer outside our block universe, all events are laid out complete, like a flicker book.

The remarkable thing is there was a sense of this nearly 2,000 years ago. It’s the Christian doctrine of Predestination. Calvinists interpret this as all events set in stone, as some see a block universe. Others point to the words of the Apostle Paul that those God foreknew He predestined. That sounds a lot like an outside observer seeing all of time laid out like a flicker book, knowing what will occur based on the choices of those moving along the axis of time.

There is, of course, another consequence of time being part of space. One way science fiction gets around the limit of the speed of light is to take a short-cut through space itself. This is known as a “wormhole.” In theory, wormholes can open to elsewhere in the universe. But since time is a part of space, a wormhole can also open elsewhen. There are problems, such as forming the things and keeping them open (getting crushed on the way through would be such an inconvenience), but they might be possible using “exotic matter,” which is a fancy way of saying stuff we don’t have. Call it unobtanium. Or it could be made out of cosmic strings if string theory is valid, and would be another form of unobtanium if it were. Suffice to say we don’t have the stuff in stock, so wormholes remain an intriguing theory and a way to keep space operas from being stuck in our solar system.

It also means there’s no way I can reach into the past and get an uncorrupted version of that forecast file. That work is gone. And baring time travel, the only way to get it back is to do it all over again. Block universe or not, Omar Khayyam’s moving finger of time is just as true now as it was when he wrote it over 800 years ago:

The Moving Finger writes; and having writ,
Moves on; nor all your Piety nor Wit
Shall lure it back to cancel half a Line;
Nor all your Tears wash out a Word of it.