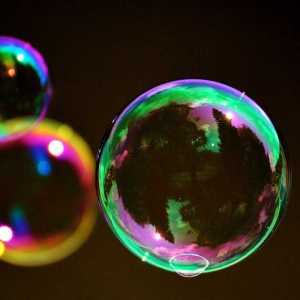 I was reading the news this morning, and saw a story about why we didn’t need to shower with soap. Thinking it was a teaser for a story about using a different cleansing compound, I clicked on it and found instead a story that’s basically anti-bathing. That was enough to set the woo-woo meter twitching, and when I came to “mild soap with organic ingredients” verses soaps with “harsh chemicals,” that set my eyes rolling. First, because my parents used “organic” soap and considered it harsh, and second because all soaps are the result of a chemical reaction. It’s impossible to make soap without “harsh chemicals,” and that holds whether the ingredients were made on the farm or bought from a store.

Soap making in various forms goes back thousands of years, and there’s all sorts of stories about its origins. One is that fats and ashes from sacrifices on Mount Sapo combined, ran down to the river, and people discovered it cleaned clothes better. Today the chemical reaction that produces soap is called saponification. More likely, people all across the world noticed the reaction of fats and oils with ashes and figured out at least the rudiments of soap making. The Babylonians made soap, as did the Egyptians. But regardless of who made the soap, or the fats and oils they chose, the chemistry remained the same.

As we learned in high school chemistry, there are acids and bases, and when an acid combines with a base, also known as an alkali, the result is a salt. We usually think of salt as table salt, but there are more kinds than sodium chloride, and more acids than the stuff in lemon juice and vinegar. In any type of soap making, fatty acids, found in oils and fats, combine with an alkali, and the result is the salt we call soap.

Of course, people didn’t understand what was going on, only that certain fats and oils reacted with ashes processed a certain way to produce different types of soap, and later some figured out that you could add salt of the sodium chloride variety at a certain point to produce a different kind of soap. But since they didn’t know the chemistry of what was going on, all their ideas of what made good soap came from trial and error, and while some ideas were sound, some weren’t. That didn’t stop professional soap makers, called soap boilers, from turning out a high quality product.

For everyone else, particularly farmers far from town, it was more dicey. In the US, fats were commonly animal fat they rendered themselves, usually lard but also tallow, and dripping wood ashes. This wood ash “lye” was potassium carbonate, and was different than the cans of sodium hydroxide commonly sold as lye today. That wood ash lye came from trees didn’t make it safer to work with. One test to see if the wood ash lye was strong enough was whether it would melt a feather. So much for “mild” organic ingredients. For a long time in the US, wood ashes were processed further to purify the potassium carbonate, and was called potash, and sometimes processed even more to produce pearl ash. Both are high caustic.

This also meant soap makers had to get the mixture just right, or they would wind up with more alkali than could combine with the fats and oils, and the result of that was harsh soap. You could also have more fats and oils than alkali, and result in a mess, but that mess isn’t harsh like soap with too much lye. That’s why modern soap makers usually add slightly more fats and oils to the mix, to insure that they’ll have a safe soap.

That’s very hard to do when you have no precise way of measuring the strength of the alkali, and while professional soap makers adopted such means long ago, most farmers didn’t have it. The result was that harsh home-made soap my parents remembered. It’s possible to make milder home-made soap, and I’ve used home-made soap that was no harsher than store bought, but what my parents experienced was on the strong side.

Those of us who grew up using hard soap, or have seen bars of home-made soap, might be surprised that wood ash produces a soft soap. To make hard soap with potassium carbonate, soap makers added sodium chloride – table salt – in the process. This caused another chemical reaction that separated the glycerin from the soap, which made it set up as a hard bar. But this was more time consuming and expensive, and you often see references of people making or buying barrels of soft soap for everyday use.

The reason even home-made soap of my parent’s day was a hard soap was sodium hydroxide, the stuff that’s usually in the cans of lye you see at the store. Sodium hydroxide was discovered early in the 19th Century, and unlike potassium carbonate produces a hard soap without an extra ingredient. It’s low cost, consistent concentration, and the ability to make a hard soap made a serious dent in dripping ashes for soap making.

Since the properties of both are a matter of chemistry, whether one is “better” than the other depends on the type of soap desired. The fatty acids involved in making soap were isolated in the 19th Century, and once their proportion in oils and fats were known, soap makers began adjusting their formulas to produce soaps with specific properties for specific tasks. A soap great for shaving might be downright poor for washing clothes.

Some professional soap makers began cutting to the chase and using specific fatty acids in their recipes. That gives some folks the heebie-jeebies, but alkali doesn’t care whether the fatty acid is in olive oil, or came from a chemical supply house. The reaction is the same.

Since soap making is chemistry, it doesn’t matter whether it’s made in a wash pot over a fire or in a vat in a factory. This is good news for modern soap makers, who can use calculators to check their recipes to make sure they don’t have uncombined alkali. Carefully weighing and combining ingredients in what looks like a lab experiment might dispel the “magic” of frontier style soap making, but there’s no “magic” in burns from free alkali, either.

It also neatly pops the mystique of “organic” ingredients in soap making. Well, fatty acids are chains of carbon and hydrogen atoms, and chemistry involving carbon compounds is known as organic chemistry, but I doubt that’s what is meant.

Since different kinds of soap shave different properties, some can be more drying to the skin because they strip away more of the oils. Some soaps, such as for laundry, are designed to do just this, but that would make for a harsh bath soap. To counteract this, some bath soaps are designed to contain more oils and glycerin, and some add moisturizers.

The issue of anti-bacterial soaps is controversial, and, unfortunately, it’s hard to separate woo-woo from hard data. The FDA cites studies that soaps with trichlorosan are no more effective than soaps without it, yet there are also studies that shows antibacterial soaps to be more effective. The question of harshness is a separate one. Some claim trichlorosan strips more oil from the skin, yet it doesn’t take into account the entire soap. This is especially important, considering that one well-known brand that’s been around over a century is generally acknowledged to be very drying.

All of which means when you see things like “organic soap” is good and “chemical soap” is bad, it’s time to grab the waders, because it’s going to get deep. Something stinks, and it’s not BO.