Skip to content
HomeBorn on the 4th of July 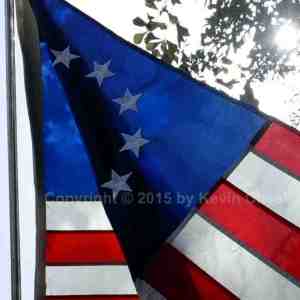 There’s a predictable flurry of interest in a recent video showing Americans who haven’t a clue what Independence Day is all about. The problem with such man-in-the-street videos is that they’re edited and we don’t know if what we’re seeing is an accurate sampling or not. I’d hazard a guess, though, and say that most Americans don’t know why we celebrate Independence Day. Oh, they know we declared our independence from Britain on July 4, 1776, and may know it was over the issue of representation, but give the causes about as much thought as they do our nation’s war dead on Memorial Day. They’ll grill, wave the flag a little, maybe go see some fireworks, and that will be all, when maybe we should give some thought to why we broke away from Britain and how those causes affected us as a nation.

It should not be forgotten that even beyond those first shots on April 18, 1775, the British colonists saw themselves as Englishmen more than they did Americans. But after the French and Indian War, Britain has the problem of debt and George III was keen to prevent further drain by incessant war in the Americas. He cut a deal with Indian nations promising to limit colonial expansion, created a buffer zone east of the line, and when colonists crossed over and were attacked, sort of shrugged and went “Tough.” He and Parliament decided to make the colonists pay for the war and British protection, enacted a series of taxes, which ticked off the colonists for an important reason: They had no representation in Parliament. It didn’t help when Britain floated the fiction that representatives in the House of Commons represented all Englishmen and not just those who elected them. It certainly didn’t help when Britain began to strip colonial legislatures of their authority, and begin trying cases in Vice-Admiralty court instead of before colonial juries. Since the Magna Carter guaranteed trial by one’s peers, this was a massive violation of the rights of colonists as Englishmen.

This is a huge gloss over the many incidents leading up to that day in April, but by and large all of them, from laws restricting trade to the Stamp Act to the Quebec Act drove home that Britain had taken away colonist’s rights as Englishmen, but also caused a shift in attitude: by standing together against violations of their rights, they came to see themselves more as Americans.

Even after those first shots, some hoped for reconciliation between Britain and the colonies. Yet it took over a year of fighting for the rift to grow to the point that the Continental Congress voted in favor for independence on July 2nd, and approved the wording of the declaration on July 4th. It would be either independence or nothing.

If you’ve never read the Declaration of Independence, or if it’s been a while, do so again. In that you find a synopsis of the grievances of the colonists against the crown, a statement not only of why they were in rebellion, but why they considered it justifiable. This was not a matter to be taken lightly, as it’s written in the New Testament to submit to government authorities, and these were days when most of the English speaking world took the bible very seriously, and regarded church as more than a social club. By stating that rights were granted by God, they were arguing that George III, in denying them to the colonists, was in rebellion against the Creator of the universe, and thus they were under no moral obligation to obey the crown.

These grievances would cast a long shadow across the years. When the colonies ratified the Articles of Confederation, they did so as separate independent nations jealously guarding their liberties. When the Articles of Confederation proved unworkable and the committee to resolve these problems drafted a new constitution, it took the addition of the Bill of Rights, ten amendments not included in the original text of the constitution, to ally fears that they had thrown off the chains of one despot only to shackle themselves to another. Even then there was much fear and debate. Most know of the Federalist Papers, a collection of essays arguing in favor of the new constitution, but many have never heard of the Anti-Federalist Papers, a similar collection of arguments against a stronger central government. And when the states ratified the new constitution, they did so with the understanding that the purpose was not to grant liberties to the people, for those liberties were granted by God, but to limit the power of government.

We forget this and Jefferson’s warning, when seeking what we see as good, that a government with the power to do all that is good is one with the power to do all that is evil. The limits of the constitution may seem onerous to some, yet it is precisely those limits that has kept us from tyranny. And though the temptation can be great to loosen those limits in the name of expediency, what we stand to lose far outweighs what we might gain. Those Englishmen who would become Americans understood that quite well.

Let us remember that this day, amid the cook-outs and celebrations. Let us always remember that, not just on July 4th, but on every day of the year.